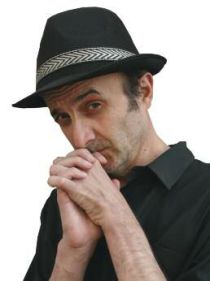 Djordje Milovic (Milović) was born in 1960 in Beocin (Beočin), Yugoslavia. He published his comics in many comic magazines in the region of ex-Yugoslavia and comic albums in 2003, 2004, 2008, 2010, 2011-15. His illustrations are widely published and respected and in 2007 he won the award for the best illustrated book at the Book Fair in Belgrade, Serbia. This was for his outstanding illustrations in a book on Leonardo Da Vinci’s poetry.

Ebooks and paper books in Serbian