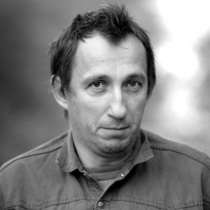 Damijan Stepancic (Stepančič) was born in 1969 in Ljubljana, Yugoslavia. As a child, he liked to draw, which he continued as a student of the art academy in Ljubljana, Slovenia.

After his studies, he has completely dedicated himself to illustration for children and adolescents. In his picture books, as well as in his comics, Damijan is very interested in storytelling, which he upgrades with various art approaches and techniques. Because of this, his works appear fresh and dynamic. The same is true for his comics, which he increasingly devotes himself to, in tandem with his wife Lucia.

For his work, Damijan has received many major awards in the field of illustration.