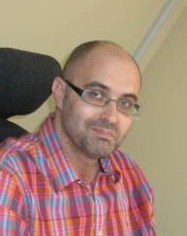 Dusan Pavlic (Dušan Pavlić) was born in 1968 in Yugoslavia. He finished design at the College of Applied Arts in Belgrade. He illustrated about 90 children’s books and did the graphic design for more than 200 books for publishers in Serbia, France and Great Britain. His illustrations were published in several magazines in Serbia, he participated in about 100 exhibitions and was awarded with several domestic and international awards.