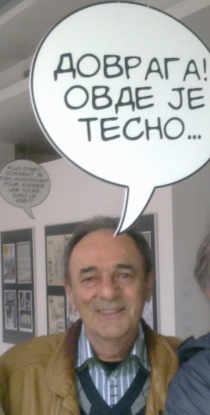 Radivoj Bogicevic (Bogičević) was born in a little village in Pannonia Valley, Sremske Laze, Yugoslavia, in 1940. Bogicevic described the adventures from his youth in an autobiographical novel Chasing a Dear, in 2003. He worked in music and television production as an illustrator, animator, assistant director and graphic designer. From 1963 to 1971 he created, among others, about 20 episodes of Akant, varying in format and length. Akant remains as his most popular character.