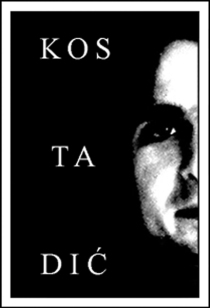 Kosta Tadic (Tadić) was born in Yugoslavia in 1982. During the civil war his family fled from Sarajevo to Serbia, where he spent some time in a refugee camp. He moved a lot, from one new home to another, until settling down in Belgrade in 2001. He has written and published five books, in BCS and English. He writes prose, poetry and drama.

You can see some of his writings at http://www.kostatadic.com/.