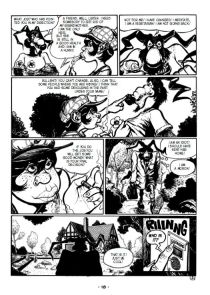 This is a collection of beautifully drawn black humoured stories, from Oljaca, a peaceful man from Pannonia Valley, provoked by the harsh reality when one country was disintegrated.

These black humoured stories are a serious and authentic achievement, where a battle with trivial reality resolves with resignation and a little humorous revenge. (Živojin Tamburić,comics editor and critic, from the introduction of the book in English) 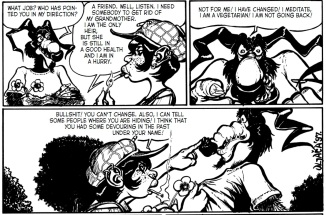 Throughout Bad Boy, a parade of well-known personalities – religious, mythological, musical, and historical – take the stage for the sake of a throwaway joke or an extended meditation. Some of these hit harder than others, but the artist shows a particular knack for transforming popular fables.more important.